Your Progress: %0
Introduction
How to do a git rebase, and whyGetting Started with Git

Use these links for Mac OS X, Linux, or Windows.

Check out a Repository

This added all of your files to be commited.

This commits all files to your local repository.

Send your changes to the remote repository

Then you can push:

There are 3 distinct places where your project state is maintained:

Your actual files, git’s internal index, and the git commits.

Git first adds changes in your files to the index. It then commits the changes recorded in the index.

That means unless you add changes to the index first, new changes will not be included in a commit.

Add a single file and commit

Adding all changes and commit:

This would do it all at once. It moves all your edits in your files to the index, and then create a new commit.

If you created new files also, you would need to remember to use git add for those before running git commit -a.

One commit per line:

Viewing the contents of a particular commit

and you can go further down as such:

will show you the 4th commit from the top.

Branching means you create a stream of commits under a new label, and the starting point is the point when you create and check out that branch.

Checking out a previous branch

Creating a new branch and check out

This will pull all updates that has happened in the origin repo (usually a remote repository).

Git merges the history of master and staging branches

You can merge a branch as follows:

Git uses an algorithm to merge the distinct commit histories of 2 branches. It also adds a merge commit at the top to represent the operations it just did to merge those branches.

There is no guarantee that commits from each branch will end up in a sequential order.

Fast forward: Appending one branch to another

A Fast forward is a simple way to append changes that happened in another branch with no merging. The condition is that the current branch has no updates since the branch off, and only the branch we pull from has additional commits to append.

A fast forward sequentially appends all the commits in the 2nd branch since the common ancestor, to the current branch.

At this point we have 1 new commit in staging. Master has no new commits different. Switch to master:

Merge the staging branch with a fast-forward:

This pulls all changes in staging into master with a fast-forward. 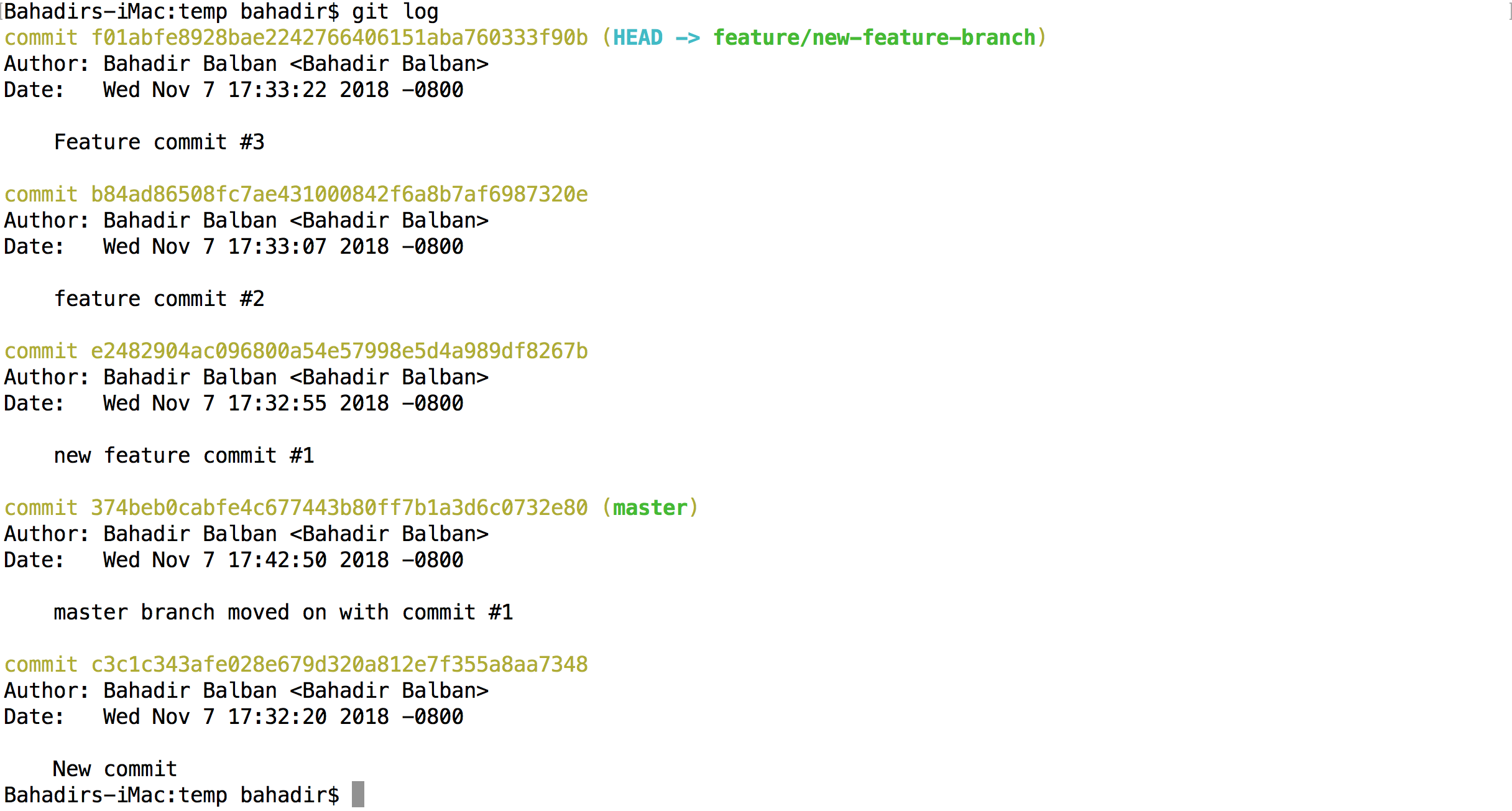 Your Git article is just what I needed! Thanks for putting this together. Just getting started with Git, and this gentle-yet-thorough-enough introduction made learning much easier.